The construction of this fortress was a result of meticulous city planning by King Jeongjo. The Suwon area had long been regarded as one of the most auspicious sites on the Korean peninsula. So, the king moved the grave of his father, Prince Sado, from Yangju (present-day Hwigyeong-dong, Seoul) to Suwon in 1789.

Due to the relocation of the tomb of Prince Sado, a new city was required to accommodate the former residents of the area. The king hired prominent scholars and engineers to build the new city as a secure, convenient, and prosperous one.

The fortified walls of the new city, named Hwaseong, maintained the traditional Korean style, as they were constructed in accordance with the natural slopes of the area. Bricks were used to solidify and strengthen the walls, and the walls featured several advanced technologies and defense facilities from China and the West. Also, located at a transportation juncture to the south of the capital area, Hwaseong had many economic benefits.

Hwaseong Fortress is considered as a masterpiece of Joseon architecture, and in recognition of its outstanding universal value, it was registered on the UNESCO World Heritage list in 1997.

A temporary palace, called haenggung in Korean, refers to the temporary residence used by a king when he was not at the main palace in the royal capital. During the Joseon dynasty (1392-1910), temporary palaces were built in many parts of the country, including Namhansanseong Fortress, where the royal family once took refuge during a war, and in Asan, where kings traveled to enjoy hot springs.

King Jeongjo planned to retire to this temporary palace after abdicating the throne, and it was therefore built in a grand scale similar to the palaces in the royal capital. It was thus the largest temporary palace in all of Joseon.

In the early 20th century, all of the buildings, except Nangnamheon and Noraedang Halls, were demolished to build a provincial hospital on the site. The palace was reconstructed between 1996 and 2002.

Hwaryeongjeon is a royal shrine complex built in 1801 to house the portraits of King Jeongjo (r. 1776-1800) and hold ceremonial rituals. During the Joseon period, shrines for royal portraits were built in several places around the country. As King Jeongjo had a deep affection for Hwaseong Fortress, the shrine for his portraits was built next to the Temporary Palace.

Hwaryeongjeon housed two portraits of King Jeongjo, one originally held at the ritual house of his father’s tomb and the other at Changdeokgung Palace. The rituals at this shrine were held on the king’s birthday and at the end of the year after the Winter Solstice. The local magistrate of Suwon also held an incense offering ceremony on the 1st and 15th days of each month. However, in the early 20th century, the portraits were moved to Changdeokgung Palace, and the rituals here were no longer held.

The shrine complex includes a main and inner gate, various auxiliary gates, a well, and four buildings: the main hall for housing the royal portrait, an annex for temporarily housing the portrait under special circumstances, a ritual house for preparing rituals, and a storehouse for incense, foods, and vessels for the rituals. 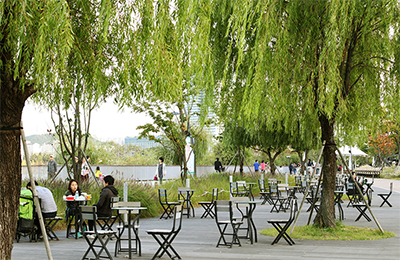 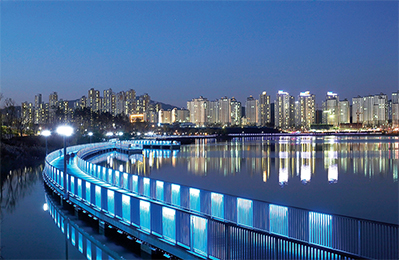 This is the country’s largest in-city lake park with nine fountain facilities, a 6.5km-long ring promenade, family campground and a sports climbing center. There are also several spaces harmoniously nested with nature, including the “Quiet Forest”, ”Happy Flower Island” and “Forest of Distant Island.” 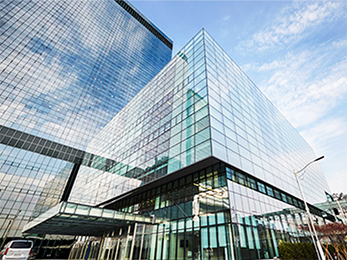 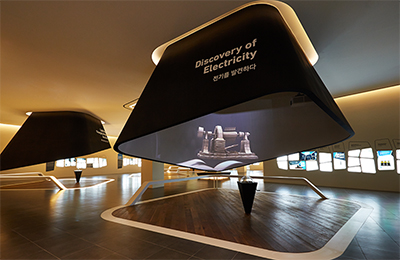 This Museum highlights the history of Korea’s electronics industry and Samsung Eletronics-led developments and achievements in information and communications technology(ICY), particularly semiconductors, displays and mobile devices. Also featured are products that left a big mark on the electronics industry.