The Korean peninsula stretches southward from the center of the Northeastern coast of Asia, encompassing a land area of approximately 220,000 ㎢ with some 3,400 islands dotting its coastline. Korea is currently the only nation in the world that is still divided into two different political entities. South Korea has a population of 50 million, of which about 10 million live in the capital, Seoul. Over their 5,000-year history, Koreans have achieved an indigenous culture and their unique cultural properties can be found throughout the peninsula. Koreans have put high value on learning and earned a reputation for diligence and dedication. 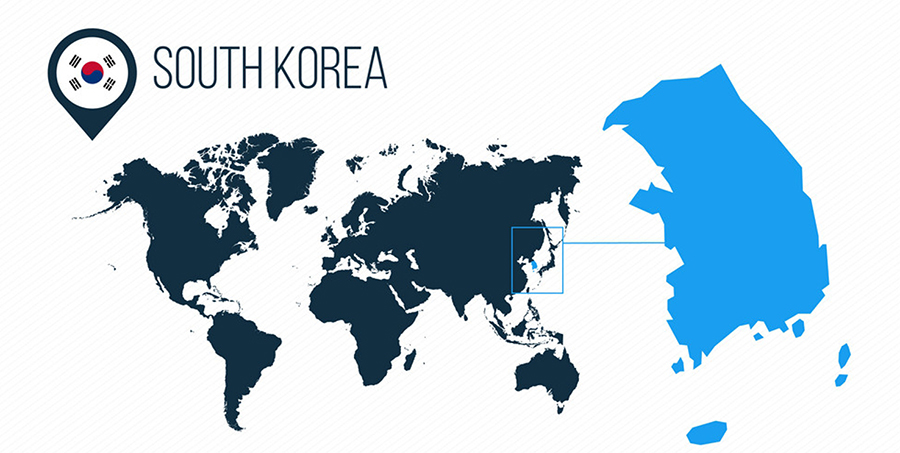 Located in the temperate zone, South Korea is known for its four distinct seasons: The winter season is typically cold and try, while summer is generally hot and humid with a lot of rainfall. Spring and fall are mostly dry and clear. You may find the weather forecast by clicking the below website, the Korea Meteorological Administration Website, for the current weather of Korea. <https://web.kma.go.kr/eng/weather/forecast/current_korea.jsp>

Shamanism, Buddhism, and Confucianism constitute the background of modern Korean culture. Since the Korean War, globalization and rapid political and economic development have had a marked effect of the country’s culture. Traditional thought, however, still plays an important role under the surface.

Korea is best characterized by the many mountains and streams that decorate its terrain. It’s no wonder that the poetic interpretation of the word Korea is “Land of High Mountains and Sparkling Streams”! The highest mountains are found in the northeastern region of Korea, whereas farmable lowlands and river valleys are more prominent in the south and west.

At the present time, Korean arts and culture are attracting many enthusiasts around the world. Korea’s cultural and artistic achievements through the ages are now leading many of its young talents to the world’s most prestigious music and dance competitions, while its literary works are being translated into many different languages for global readers.

As such, the artistic excellence of globally recognized Korean culture was not built overnight. The original artistic sensibility reflected in the diverse artifacts and tomb murals of the Three Kingdoms Period became richer and more profound as Korea progressed through the periods of Unified Silla (676–935), Goryeo (918– 1392), and Joseon (1392–1910). In addition, the DNA of this artistic sensibility has been handed down through the generations to today’s Korean people.

South Korea preserves a wealth of priceless cultural heritage, the majority of which have been inscribed on UNESCO’s World Heritage List to be protected for future generations. As of 2020, a total of 50 South Korean heritage items are listed either as World Heritage Sites or Intangible Cultural Heritage of Humanity or included in the UNESCO’s Memory of the World Register.